You may know Amazon as one of the most customer-centric companies in the world, but we’re just as people-oriented behind the scenes. We’re pulling back the curtain to give you a glimpse into the lives of the people who make Amazon so great.

March is Women’s History Month, and this year’s International Women’s Day campaign theme is “Break the Bias.” To celebrate, for this month’s profile we spoke to Aarti Priya, Team Manager of SMB Merchant Activations at Amazon Pay. Growing up in India then moving to Luxembourg, Aarti has seen the persistence of gender inequality in different cultures around the world. This made her an advocate for gender equality in all aspects of life, most recently in the workplace, fighting to eradicate conscious and unconscious biases. Aarti discussed the importance of highlighting women in all fields, uplifting and empowering the younger generation, and acknowledging how far there still is to go. Read on to hear about how Aarti’s heroes and experiences shape her fight for gender equality. 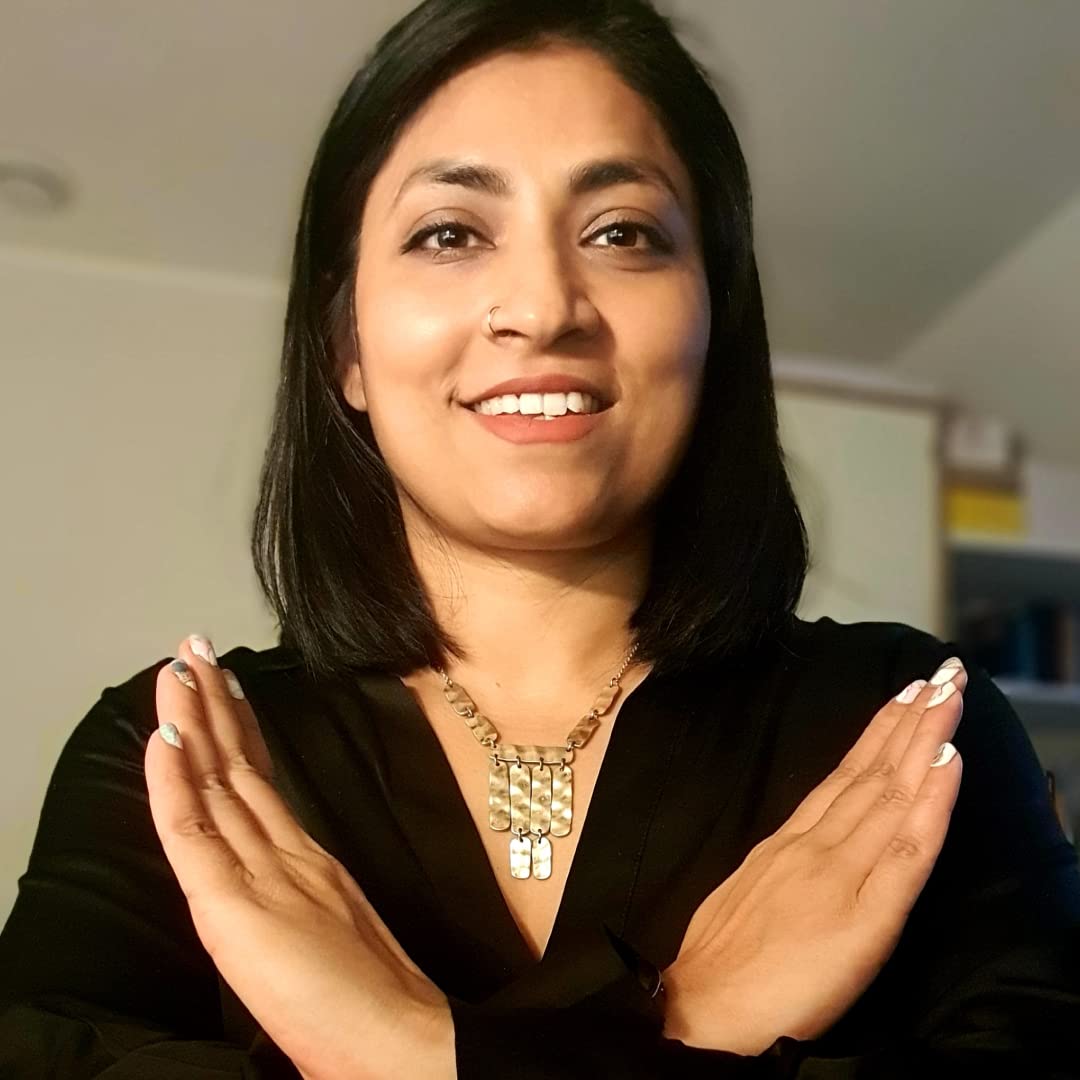 About yourself: I was born and brought up in India. After studying computer engineering, I worked for a few years in India and then moved to Luxembourg in 2008. The first few years in Luxembourg were tough to adjust, especially due to the weather, but with every passing year, my love for this small country is only growing more. On other fronts, I love outdoor sports/activities of all sorts but am only practicing cricket regularly.

I’ve been a supporter and advocate of gender equality in all aspects of life as the societal disparity was evident to me from a very early age. But strangely enough, I was completely oblivious to the existing gender inequality at the workplace. And ironically when a male colleague stated this fact, I remained in denial until he pointed me to some official statistics to prove it. I’ll always be grateful to him for providing me with perspective on this topic.

What do International Women’s Day and its 2022 theme, #BreakTheBias, mean to you?

Personally, for me International Women’s Day is an occasion to highlight the achievements of women in different fields and thereby inspire more women and young girls. It’s a great opportunity to showcase the potential that women have and the impact that they are making in the world. On the other hand, it’s also a time to acknowledge the women who aren’t lucky enough and who are struggling to be included, who are paid less, who are discriminated against, who are passed over for promotions, and who are not being given a place at the table, the board table. Gender inequality is a persistent problem not only at the workplace but also in the household. Thus in 2022, even if we have come a long way, there is still a longer gap to fill, and until this gap is insignificant, IWD will remain very important.

This year’s theme of #BreakTheBias addresses one of the core reasons for inequality, conscious or subconscious bias and stereotyping. If we can break the bias starting from our households, to workspaces, to communities, and to the society at large, we’ll be paving the path for equality for all and not only gender equality.

What is the best career advice you have ever received?

Honestly, the best advice that I ever received for my career or anything else is: take one step at a time, one day at a time, be consistent, and keep showing up. The targets and goals might look so far-fetched, especially with all the challenges one may face, but this guiding principle has helped me navigate through anything, every time.

If you could have dinner with three inspirational women, who would they be and why?

I’ve been an athletic and sports-loving person since childhood, and so successful sports personalities inspire me a lot. Thus, my first pick would be Serena Williams, who not only has broken so many records in tennis but has also broken so many biases for women.

The second person would be Sheryl Sandberg, COO at Facebook. She has had a very important impact on my life, in understanding the existing gender disparity and how we, women, can also take control of this problem by not giving up. Her book Lean In was one of the first books that made me realize the ways in which women may hold themselves back due to social conditioning or pressures and also provided some guiding steps to overcome them.

Last but not the least, with the risk of coming across as a cliché pick, I’ll pick my mom. She’s the first woman to inspire me and still does by showing unbelievable resilience in all the adversities that she has faced in her personal and professional life. Therefore, I’d like to have the company of my mom with the other two powerful and inspirational role models. 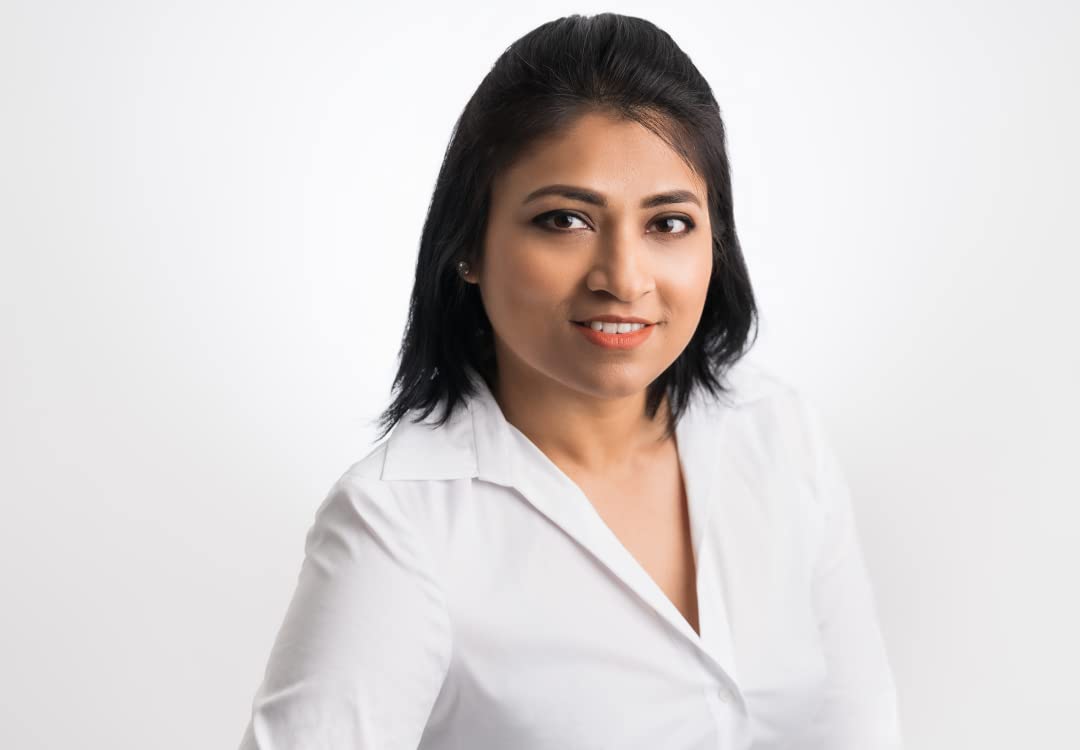 What accomplishments are you most proud of?

Most of us have to juggle between professional and personal goals, and ideally, one would like to maintain a perfect balance, but as we know, it’s not always possible. I’m most proud of the year when I completed three very important milestones of my life. I completed an executive MBA with evening classes, learned a new language by attending early-morning classes three times per week, and gave birth to my second child. I accomplished all this while being pregnant most of the year and doing my full-time job. I’d like to mention that this was not possible without the support of my husband and also not without the ecosystem of outsourced household support that I created. This support mechanism, consisting of three different women, also demonstrated a perfect example of women uplifting each other and adding to the economy, even if it was paid support. While I acknowledge that I was in a place of privilege to have had the opportunity to get this support, it still was lots of churn to manage all the activities and the support ecosystem as one machinery. Thus, this was the year that challenged me to the extreme and helped me identify my actual potential.

How important is it for women to lift each other up, and what does that mean to you?

If not women, who else can best understand and relate to the challenges and obstacles faced by other women? Women, of course, very much need men as allies in this path of women empowerment, but first and foremost, women need to support each other and prove to be role models of such behavior.

It’s a widely known fact that women might approach several workspace aspects differently than men. For example, in negotiating the salary, in asking for promotion, sometimes in speaking up, and in proactively taking leadership opportunities. This does not apply to all women, but in my personal experience, as a people manager the last few years, this pattern has been evident. One of the ways to uplift women, I believe, is to provide direct mentorship and coaching in this direction. Also, obviously, women in positions of power and influence should be sure to pave a path and provide opportunities for other women, by fostering an inclusive and bias-free workplace. In households, women (and also men) must be sure to instill the same inclusive, bias-free, and encouraging behavior in children and to be vigilant to avoid any societal unconscious negative conditioning in girls that might happen.

Madison Reed is adding color and innovation to the beauty industry