Chirp is a company that has helped over 250,000 people by approaching back pain in a lighthearted, humorous way. Tate Stock, our founder and CEO, self-funded and created the Plexus Wheel, the product that started it all. The Plexus Wheel is a lightweight wheel designed to alleviate back pain by stretching one’s back muscles, providing relief that most people only dream of. Stock created the Plexus Wheel before he even graduated from college. It only took less than $400 for him to get the business started. He claims “it doesn’t take a ton of money to change an idea into something real, just a little bit of creativity and grit.”

The first seedling of Chirp was planted when Stock was visiting his aunt. He noticed she was using a product designed to help those practicing yoga learn better balancing and positioning techniques. The product, a yoga wheel, sparked Stock’s interest, so he researched its availability online; it was not available on Amazon even though it was ranking in Amazon’s algorithm. Stock saw this as an opportunity. He first invested in PVC pipe and yoga mat to build the first batch of Plexus Wheels. He sold more than 100 wheels in the first two weeks of production. “I threw them up on Amazon and made like $12,000 off $400,” Stock said. The large profit margin convinced him to keep the company going and invest another $15,000 into inventory, as he finished his last semester at Brigham Young University.

At the beginning, Stock and a few college buddies were making the wheels in his friend’s barn. Soon, they found a factory in China to produce the wheel. Unfortunately, the factory stole the mold design for the Plexus Wheel and started supplying over ten other Amazon sellers with identical products. The Plexus Wheels’ early success on Amazon soon had a whole lot of competition. But Stock didn’t let that slow him down, because he knew a tree must be pruned before fruit can grow. Stock brought manufacturing back to the United States  determined to build a higher quality product than his competitors. In 2016, Stock’s first year of business, he sold over $180,000 of Plexus Wheels, money he then used to continue marketing and product development. Stock believes “it takes guts to start a business, but it takes more to grow one.”

By the Fall of 2017, Stock was spending over a million dollars a year on shipping and fulfillment costs. This huge growth in sales came from listening to customers and changing the focus of the product from yoga to back pain relief. Because of the jump in sales, Stock created his own fulfillment company called ShipStud, which brought all shipping in-house. Today, ShipStud fulfills Chirp’s orders along with several other ecommerce companies’ orders.

In the Summer of 2018, Stock and his team launched the updated, patented Plexus Wheel+ on Kickstarter for crowdfunding. His minimum goal of $10,000 was funded almost instantaneously, and about 30 days into the campaign, his personal goal of $750,000 was funded. By the end of the 45 day campaign, the Plexus Wheel+ raised $1,500,975. Of the 33,431 design projects in Kickstarter, Stock’s campaign was one of seventy-nine to break the $1 million mark. The Kickstarter campaign became the 4th highest funded project ever out of Utah. The Plexus Wheel+ then went on to raise over $2.1 million in total on Indiegogo. Since then, the company has rebranded to Chirp and the Plexus Wheel+ is now the Chirp Wheel+.

Our Facebook and social media influencer marketing at Chirp aims for humorous content that makes finding back pain relief fun rather than boring. Sales of the Chirp Wheel+ and other pain management products have continued to grow, and Stock credits that success to a great team and the lighthearted, friendly approach in our advertising. “Both having pain and going to the doctor’s office for a checkup are terrible experiences,” Stock said. “Let’s change that and still provide products that solve real problems.” This fun approach appeals to all ages, because it is relatable and entertaining.

Want to explore all what Chirp has to offer? Head over to their site, where you can also use Amazon Pay to check out with just a few clicks. 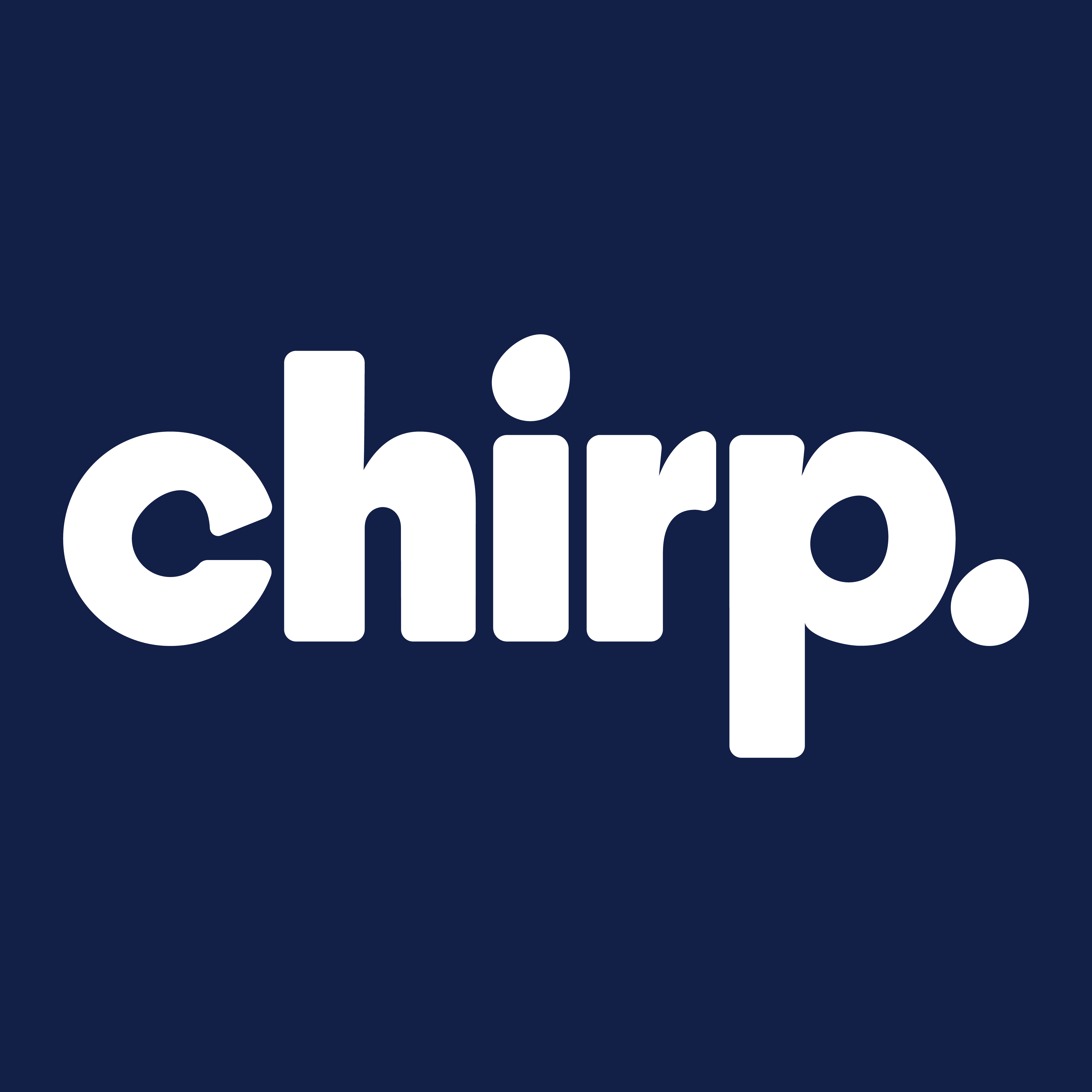